Hobbs, NM (November 8, 2019) – Each year, more than a million Americans are diagnosed with diabetes. And though the condition can largely be managed through proper diet, exercise and medication, many individuals with diabetes will develop serious health complications during their lives.

That’s why diabetes screenings are so important. With early detection, most individuals can make the lifestyle changes necessary to avoid developing the disease.

“Often patients who have pre-diabetes aren’t even experiencing symptoms,” said Dr. Niyati Patel, Internal Medicine. “If we can test at-risk patients and catch the condition early, we can often help them avoid diabetes and associated health problems, such as glaucoma, kidney disease and heart disease.”

Diabetes is a metabolic disease in which the body’s inability to produce any or enough insulin causes elevated levels of glucose, or sugar, in the blood. Individuals with pre-diabetes have blood sugar levels that are higher than normal but not high enough to be classified as full-blown diabetes.

In the past, physicians tested for diabetes and pre-diabetes by administering a glucose tolerance test, which required patients to fast for several hours before having blood drawn for a lab test. The test would give patients a score, with those scoring higher than 100 considered pre-diabetic and those scoring 126 or higher considered diabetic.

Recently, physicians have begun favoring a different method of diabetes testing, called the A1C test. This test can provide a more accurate assessment by measuring the average level of glucose in the blood over the previous two to three months. An A1C level of 5.6 or is considered normal, 5.7 is considered pre-diabetes and 6.5 or higher is considered diabetic.

“We recommend individuals who are at elevated risk for diabetes, particularly those with a family history, be tested annually,” said Dr. Patel.

Although genetics can contribute to the risk of developing diabetes, individuals who are overweight, physically inactive, have high blood pressure, certain racial heritage (African-American, Latino, Native American, Asian-American and Pacific Islander) and a history of gestational diabetes are among those at increased risk.

Individuals who are concerned about their diabetes risk, or who have been diagnosed with the disease, should see their primary care physician, Dr. Patel recommends. By working closely with their physician, the condition can be managed or even prevented.

Lea Regional Medical Center opened its doors in 1974 and has been providing quality care to the residents of Lea County for over 40 years. LRMC is licensed for 100 beds and offers: general and outpatient surgery, laboratory services, radiological services, emergency department services, inpatient dialysis, and women’s services (labor & delivery as well as gynecological care). In 2014 LRMC earned the Society of Cardiovascular Patient Care Accreditation for Chest Pain Center; one of only eight hospitals in the State of New Mexico. In 2015 LRMC became the first and only hospital in the State of New Mexico to earn an accreditation in Heart Failure. LRMC became a certified Stroke Center in 2015 and was re-certified in 2017. 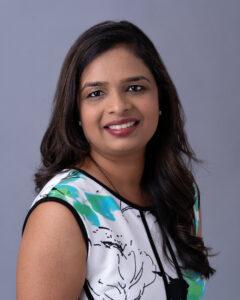