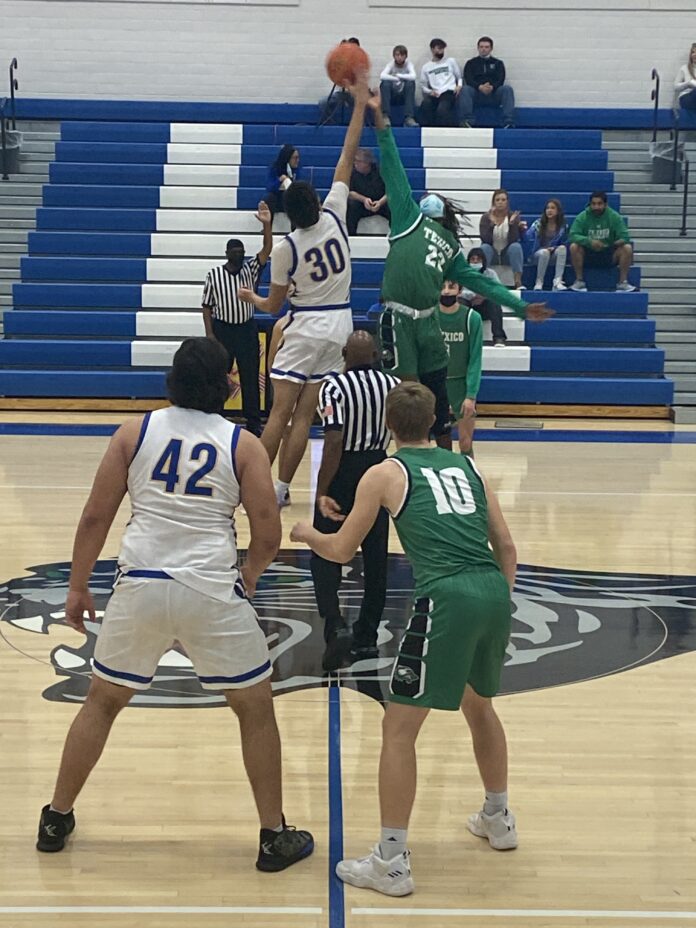 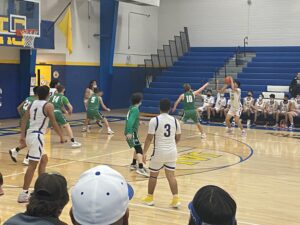 Monday night in the Panther Gym, the Varsity Boys Basketball Team faced off against a Texico Wolverine team that played a strong game in the first period, but which lacked staying power. The game started out with an exciting steal by Andres Lujan, which he drove down the court for a slam dunk. Texico was quick to sink a three-pointer on their next possession. The game continued at a feverish pace through the first several minutes, though both teams began to have trouble getting the ball in the basket in the last couple minutes of the first. At the end of the first period, the score was tied at 10. The Panthers came out swinging in the second period, pulling ahead by six points in the first few minutes. At halftime, the Panthers led 28-18. The Panthers seemed to lose all their momentum in the third period, only scoring 8 points to Texico’s 9. However, the Panthers really turned on the heat in the final period, scoring 27 points to Texico’s 10, for a final score of 63-37.