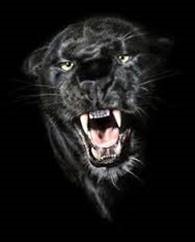 Tuesday night in the Panther Gym, the Panthers Varsity Boys’ Basketball Team (13-3; 3-0 in district) faced off against a fired-up Tatum Coyotes (7-9; 2-1 in district) team. The Coyotes started out very strong, pulling ahead 11-2 in the first four minutes of the game. At the end of the first period, the Coyotes had extended their lead 16-5. The Coyotes had been firing on their game both offensively and defensively, while the were off their game in every way in the first period. The Panthers began to show some life in the second period and were able to hold Tatum to only four points in the second, but still trailed 13-20 at the half.

The Panthers came back with a vengeance at the start of the third period, narrowing Tatum’s lead to just one point with 3:20 remaining in the third, 24-23. Jacob Lujan soon gave Jal their first lead, 25-24, with about two and a half minutes remaining in the third with a nice double head fake jump shot from from inside the key. The Panthers’ defensive game did well with controlling the Coyotes in the third period, holding them to only 4 points. Jacob Lujan stole a Tatum pass and ran it in for a nice layup with about 6 minutes remaining in the game, giving Jal a 31-25 lead. It was as if the Coyote team from the first period had left the building and another team had taken their place. In the last half of the fourth, Tatum’s defense began to hold the Panthers somewhat, and with 3 minutes left in the game, the Panthers led by 6 points. The Panthers held onto their lead however, and then extended it, with the final score being 39-29.