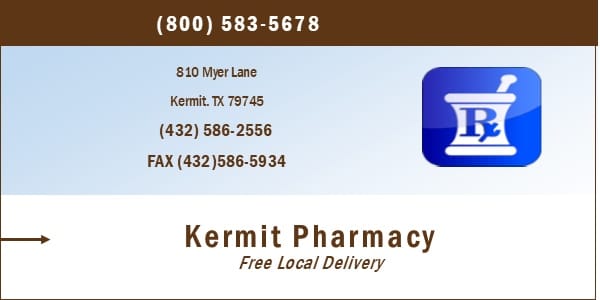 The Jal Chapter of the National Honor Society inducted six new members this past Monday night inside the Jal High School Auditorium. Jal Schools Superintendent Brian Snider welcomed those attendance, saying that, “All of the students you see here this evening have contributed to make our community a better place in which to live, and in making our school an excellent place to receive an education. And the parents out here have done their part as well to get these students where they are today. s not getting into the National Honor Society that prepares the students; the students and the parents that are prepared when they get to us. So, thank you for all your hard work, to the parents.” Snider noted that Jal High has had an NHS chapter dating back to the 1940s. He said, “These young men and women here tonight will undoubtedly continue the proud tradition into the future.”

Jazmine Lujan, Publicity Chairman, spoke on the theme of Scholarship, saying, “Membership the National Honor Society has become recognized nationally as one of the highest honors that can be bestowed upon high school students.” She continued by saying, Each student has been selected to membership the basis of Character, Scholarship, Leadership, and Service. The history the National Honor Society goes back to 1919, when a National Honor Society for high school was first discussed at a meeting at the National Association of Secondary School Principals. The National Honor Society became a reality in 1921. Thirty years later, in 1951, the Jal honor society became an organization with charter membership four.” Lujan spoke of the flaming torch on the NHS logo, saying, “The flaming torch is a symbol of our purpose to bear forward the searching light of truth, to lead so others may follow, to keep burning in our school a high ambition for the enduring values of life, and to serve.”

NHS Secretary, Karina Nieto, spoke concerning Leadership, saying, “The price of leadership is sacrifice; the willingness to yield one’s personal interest for the interest of others,” and “No matter what power and resources may exist in a country, they are ineffectual without the guidance of a wise leader.” Service Committee Chairman Destini Alexander spoke on Service, saying, “We are committed to the idea of volunteering our time and abilities to create a better tomorrow.” NHS Treasurer, Dezera Martinez, spoke about Character, saying, “Character is a force within each individual that distinguishes that person from others. It gives each one individuality. It is that, without which, no one can respect oneself nor hope to obtain the respect of others.” She added, “Character is achieved and not received,” and “The problem of character is the problem of self-control.” Martinez finished by saying, “By demonstrating such qualities as reliability, honesty, and sincerity, we hope to prove by example that we value character.”

Membership Chairman Nayeli Chavez introduced the new members one by one. NHS Inductees for 2019 were: Chloe Earp, Anthony Bahena, Isaiah Melancon, Ramiro Sanchez, Kolby Taylor, and Gabby Zavala. Each new member was presented with their NHS Certificate of Membership and pin. NHS President Kevin Villa led the new members in reciting the NHS Pledge, which reads, “I pledge to uphold the high purposes of the National Honor Society to which I have been elected; I will be true to the principles for which it stands. I will be loyal to my school and will maintain and encourage the high standards of scholarship, leadership, service, and character.”

NHS Financial Chairman Katia Martinez read a poem which compared life to the gradual making of a candle, “which gives at last a lovely light.” Villa charged the entire NHS membership, “To lead, that others may follow in the light.” Parents of NHS members were each presented with a flower. Jal High Principal Elaine O’Neal then recognized the outgoing NHS officers, President Kevin Villa, Vice President Marisol Chavez, Secretary Karina Nieto, and Treasurer Dezera Martinez. O’Neal said, “I don’t know how many hours of community service our National Honor Society performs every year, but it is an exorbitant amount of hours, and they do truly give back to their school and their community.” Villa thanked Mrs. Komar, Ms. O’Neal, Mr. Snider, the Jal faculty, and the school board for their support, guidance, and encouragement.

Following the ceremony, a reception was held in honor of the new members in the high school commons area.

According to the official NHS website, each local chapter has different qualifications for membership, all of which are based upon the four pillars of National Honor Society: Character, scholarship, leadership, and service. Chapters are required to publish their selection procedures. The NHS National Constitution requires that each chapter’s eligibility requirements must include, at minimum, attending school in grades 10 through 12, maintaining a cumulative grade point average of 3.0 on a 4.0 scale or the equivalent standard of excellence, volunteer or service hours, preserving an excellent record of behavior in and out of school, participating in leadership roles in school and community activities. ���