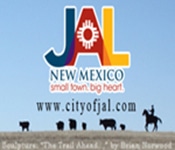 According to Jal City Clerk Molly Sanchez, the following people have declared themselves as candidates for the upcoming City Council Election:

For the three seats which each consist of four-year terms, Cloyd Donald Smith, Brian Randall Gregg, Amelia Trevino, John Edwin Earp, Randy P. Chavez, and Phillip G. Little have declared their candidacy. For the two-year seat, Rene Cervantes and Stacey Ward have declared their candidacy. All candidates are elected “at large,” which means the top three vote-getters in the four-year election and the top vote-getter in the two-year election will win a seat on the council. Jal has no precincts.

Oil Rises as US Is Said to End Iran Waivers