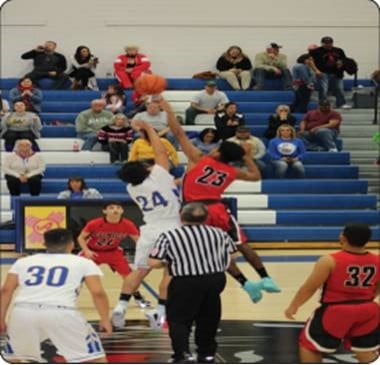 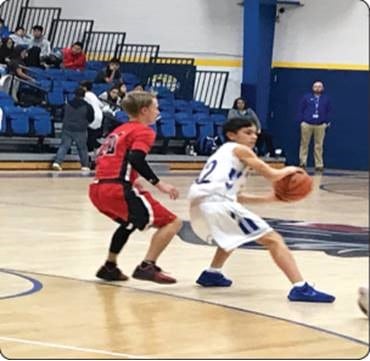 Following their 50-47 victory over the Eunice Cardinals (11-9; 1-2 in district) last Friday night in Eunice, the Jal Panthers (12-11; 2-1 in district) knew that the Cardinals would be bringing their A game to the Panther Gym Tuesday night. The Eunice Cardinals were in the lead most of the time Tuesday night. Logan Sisk put the first points on the board for Eunice, with a three-point shot which was followed by Daniel Jones sinking a three-point shot within the first minute and a half of the game. Avante Stevens stole the ball from Josh Cervantes and drove it in for a layup, which was quickly answered by a basket by Jorgee Nieto for Jal, tying the score up 5-5. Tayveon Mitchell of Eunice was fouled, sinking both his free throws, giving the lead back to Eunice, 7-5 about halfway through the first period. Daniel Jones successfully bounce-passed the ball to Gavin Trevino, who put the ball up from under the basket, tying the game back up 7-7. Trevino then stole the ball, but missed both his layup and his rebound. Cameron Santa Cruz then successfully rebounded his own layup.

The Panthers were able to outscore the Cardinals in the third period, 12-11, though they still trailed 35-41 by the end of the third. The Panthers missed several rebounds and jump shots near the end of the third period, which, if they had been made, would have given the Panthers the lead. Roger Carreon sunk two free throws after being fouled near the end of the third period. The Panthers had their best scoring performance in the fourth period, putting 19 points on the board. However, the Cardinals put 20 points of their own on the board in the final period. The Panthers were able to tie the game at 43-43 with two free throws by Trevino with just over 6 minutes remaining in the game. Josh Cervantes intercepted a Eunice pass and drove it in for a layup to put Jal in the lead for the first time in the game with five minutes remaining. Tayveon Mitchell made a layup, giving Eunice the lead once again with 4:30 remaining in the game. Daniel Jones made a powerful drive in for a layup, giving the Panthers the lead once again 49-48 with just under four minutes remaining.

It was truly anybody’s ball game at that point, but unfortunately for the Panthers, the Cardinals were able to regain the lead. The closing minutes of the game were generally characterized by several fouls on both sides. With two minutes remaining, the Panthers led 51-50. Avante Stevens of Eunice sank two free throws with just over a minute remaining in the game. Though the Panthers had played hard and had played competitively, it appeared that the Panthers ultimately beat themselves by missed shots and turnovers. Final score was 61-54. Top scorer for Eunice was Avante Stevens, with 17, followed by Cameron Santa Cruz with 14. Tayveon Mitchell and Mark Hemmingson both scored 10 points. Top scorer for Jal was Gavin Trevino, with 15 points, followed by Josh Cervantes, who put 13 points on the board for Jal. The Panthers next game will be Friday against Hagerman (10-12 overall; 3-0 in district) in the Panther Gym. 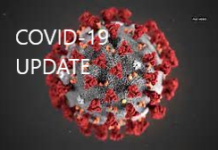 How to solve the traffic problems in Jal. Please help...

Lady Panthers Come up Short vs Tatum and Texico